The following map shows all the CBD wharves. Please note that not all boats can access all wharves so it's best to discuss it with your agent.

Most boats can access a range of other wharves such as ferry wharves and private wharves outside of the CBD, please discuss this with us. 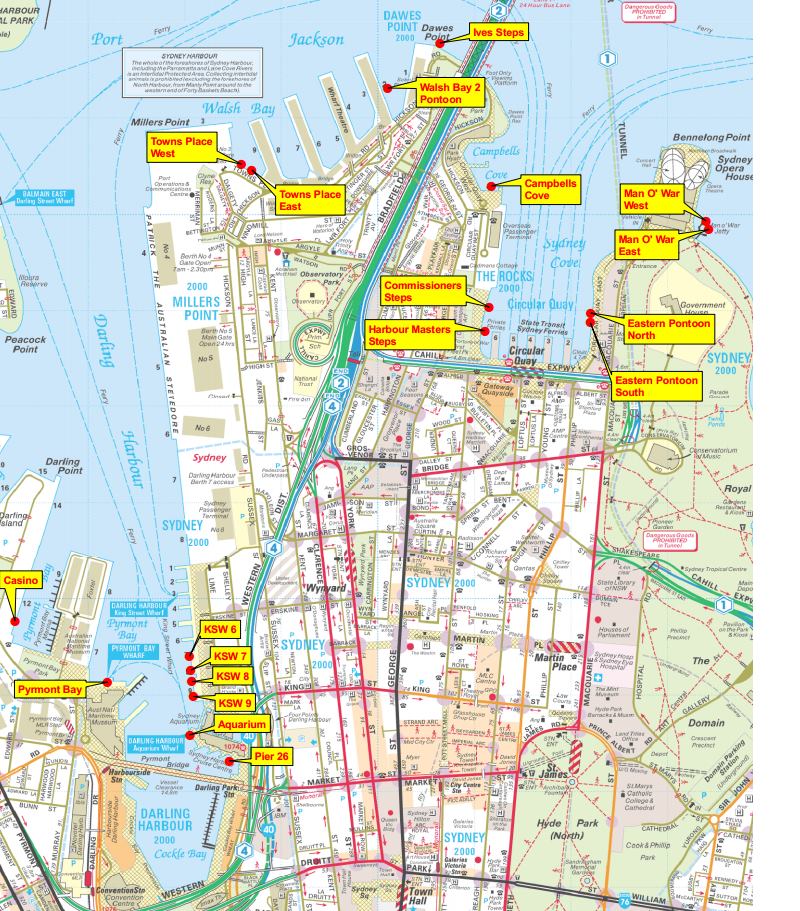